Dear NABOB Family and Friends – Please take a look at the below press coverage from Inside Radio of the recent “More Than That with Gia Peppers” audio series! 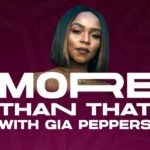 A cross-company collaboration spearheaded by the National Association of Black-Owned Broadcasters (NABOB) is helping not only direct more advertising dollars toward stations that target African Americans, but is also demonstrating the reach of radio. In addition, the effort is helping show how broadcasters can adapt to the times and respond to marketer fears that traditional ad buys may miss the target.

Announced in February, the nine-episode audio series “More Than That with Gia Peppers” was developed in collaboration with the ad agency Dentsu and One Solution, the branded solution division of Urban One. The result was a series of 20-minute shows focused on wellness, entertainment and wealth that aired across radio stations owned by Urban One, as well as Spotset Radio Network and American Urban Radio Networks. Each also airs one- or two minute “micro-episodes” to drive tune-in. After each episode airs on radio on Saturdays and Sundays, it is then made available as a podcast.

Dentsu enlisted Kroger, General Motors, and Procter & Gamble as sponsors. P&G’s Charlotte La Niear said “we’ve been heard” was one of her first reactions when approached about the project. “At P&G we’ve been really committed to serving the Black community, which has included how do we bring equity to the media supply chain,” she said during a webinar Wednesday.

NABOB President Jim Winston said radio executives embraced the idea of presenting a “united voice.” But he acknowledged it was initially a tough sell for some station programmers who resisted the idea of a 20-minute talk show being dropped into their weekend schedule. “There was some pushback,” said Winston. But once programmers heard the series, he said many changed their tune. “We have seen a huge change in attitude from programming people. They are expressing great enthusiasm for the quality of the programming,” he said. “One owner said this is actually an improvement on our Saturday program.”

Kai Exos, Chief Creative Officer at Dentsu Good, said their aim with “More Than That” was to shine a light on original stories and demonstrate there is not a single Black experience. By working with a group of 30 Black creators and a Black-owned studio like One Solution, he said it helped that mission come together. “That’s where authenticity started to come alive for us,” said Exos.

The joining hands of competitors Urban One, AURN and Spotset around the effort did not go unnoticed by Dentsu and P&G. Both acknowledged how rare their collaboration has been. “It’s very rare that competing broadcaster come together behind one idea without significant intervention from us,” said La Niear.

Since launching Feb. 19, Ray said the series has quickly grown in awareness in the Black community. Dentsu data estimates one in three Black consumers are aware of “More Than That.”

Factors Working In Radio’s Favor
The collaboration could serve as a model for how radio solidifies its appeal to big brands as media habits rapidly evolve. “We know that consumers are moving away from that traditional ad experience,” said La Niear, who said authentic, timely conversations that are also unexpected allow brands to break through. She said “More Than That” is also a perfect example of why audio is important. “Audio is the No. 1 reach driver for Black consumers. Nine out of ten Black Americans listen every month. For us, it was a great way to deliver reach and relevancy amongst that audience,” she said.

Ray said radio gave Dentsu a lot more “speed and agility” to bring the project together. “Audio is having a renaissance; certainly podcasts in general have really given it quite a shot and brought it back into vogue. But the reach potential is quite significant,” he said.

But Ray said reach is only part of the benefit. He said authentic content also allows brands to earn their attention. “It requires us to move away from a traditional advertising selling format into something that is much more of a softer sell, and we are seeing how that dramatically improves lifts in brand purchase intent and favorability,” he said.

Based on its early success, Dentsu is already planning to launch a second season of “More Than That” in the fall. Other demographics could be targeted with similar shows.