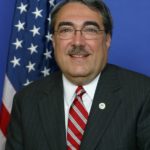 “America is a nation rich in diversity and ownership of media broadcast stations should be just as diverse as our nation because media outlets play such a critical role in the messaging and perspectives that we hear,” said Congressman Butterfield. “Women and racial minorities deserve more than a seat at the table, they deserve equal access to leadership and key decision-making positions in the media, including broadcast station ownership.”

“Historically, the number of minority-owned commercial broadcast stations in the United States has been abysmally low, never rising above 3.1%. The alarming lack of racial and gender diversity in media ownership is the result of a history of systematic barriers designed to discriminate and isolate certain minority groups from the media ownership market,” said Butterfield. “The Expanding Broadcast Ownership Opportunities Act will not only provide a tax incentive for broadcast station owners to sell to women and racial minorities through the reestablishment of the Minority Tax Certificate Program at the FCC, but it will also promote diverse voices in the broadcast industry and spur meaningful progress in advancing media ownership in underrepresented communities.”

“Our nation benefits when diverse voices have a seat at the table. It is essential that diversity in broadcasts across the country is reflective of the diversity that makes up our communities,” said Congressman Steven Horsford. “The Expanding Broadcast Opportunities Act will ensure that women and people of color have the ability to play a role in decision-making processes throughout media ownership, giving a voice to underrepresented communities and providing unique perspectives in broadcasting.”

“What we see on our screens says a lot about who we are as individuals, as communities, and as a nation. But our media ownership does not always reflect our communities. Women own less than 6 percent of commercial television broadcast stations and barely 3 percent are owned by people of color,” said Acting FCC Chairwoman Jessica Rosenworcel. “Fixing the lack of diversity in media ownership has to include access to resources and capital. That’s why Congressman Butterfield’s legislation is spot-on. It provides tax incentives to help increase the number women and minority-owned media entities. I’m grateful for his leadership on this important issue.”

“I am pleased to voice my support for Congressman Butterfield’s leadership, persistence, and renewed efforts to increase opportunities for diversity in broadcast ownership and viewpoints,” said FCC Commissioner Geoffrey Starks. “We need more voices, and diverse voices, in the media to achieve a broadcast landscape that reflects the rich diversity of this Nation. Empowering the FCC to reinstate the once-successful minority tax certificate program and directing the adoption of other provisions to measure, monitor, and multiply the number of broadcast stations owned by the underrepresented, in particular people of color and women, are necessary steps in the right direction.”

“NAB and its members are strongly committed to market-based initiatives that expand radio and television station ownership opportunities for women and people of color,” said Senator Gordon Smith, National Association of Broadcasters President and CEO. “A tax incentive program is a proven solution that significantly diversified the ranks of broadcast owners over its nearly two decades of existence. Broadcasters thank Reps. Butterfield and Horsford and Sens. Peters and Menendez for introducing legislation that would reinstate the program and we urge swift passage of this important initiative this year.”

Multicultural Media, Telecom and Internet Council Board Chair and Treasurer Dr. Ronald Johnson stated, “This much-needed policy will provide welcome access to capital for hard-working individuals, creating opportunities for minorities and women across the nation. At the same time, this bill incentivizes investors who see the inherent value of diverse ownership. As an entrepreneur and advocate over the course of several decades, I am heartened to see continued efforts to support diverse broadcast ownership by removing a major entry barrier to diverse ownership. MMTC enthusiastically extends our support, and we will redouble our advocacy on the Hill to see this bill pass.”

Jim Winston, President of the National Association of Black Owned Broadcasters (NABOB) said, “NABOB has been seeking restoration of the tax certificate program ever since it was eliminated by Congress. The tax certificate policy helped significantly increase minority broadcast station ownership from 1978 to 1995. We are very grateful to Congressman Butterfield for taking the first step toward its restoration. We look forward to working with him, other members of Congress, and other industry organizations to obtain passage of this very important legislation.”

“MMTC and NABOB have a long history of working together and with other parties to restore the tax certificate policy,” said Robert E. Branson, President and CEO of MMTC. “It is the one policy that has had measurable increases in the FCC’s diversity in ownership mandate under the Communications Act. It also resulted in unprecedented increases in the number of diverse owners in broadcasting, cable, and telecommunication properties. Access to broadcast ownership not only helps to ensure that historically disadvantaged and disenfranchised communities have a voice that reflects their unique needs, but it also helps to empower these communities economically. We wholeheartedly support enactment of this legislation and look forward to its passage in Congress and signing by the President”

Background:
In 1978, the FCC established the Minority Tax Certificate Program, providing a tax incentive to those who sold their majority interest in a broadcast station to minorities. Though repealed in 1995, the tax certificate boosted minority ownership significantly, raising the number of minority-owned stations from 40 to 323.

H.R. 4871, the Expanding Broadcast Opportunities Act will reinstate the tax certificate program at the FCC, creating a pipeline for minority ownership in the broadcast industry by incentivizing sales to minority purchasers and encouraging investment of capital in minority-owned stations. Moreover, the bill directs the FCC to study and report to Congress on the nexus between diversity of ownership and diversity of viewpoints. It also requires the Commission to make recommendations to Congress on how best to increase the number of minority and women-owned broadcast stations going forward.

Full text of the bill can be found here.