The NABOB 41st Annual Fall Broadcast Conference and 17th Power of Urban Radio Forum, held October 11-12, 2017, at the Washington Marriott Georgetown Hotel, brought together some of the biggest names in the industry to share insights about their ongoing success.

The day continued with panels of experts discussing initiatives being undertaken by NABOB to help stations improve their sales, how to go about financing a station acquisition, and the regulatory picture in Washington.

At our opening reception, we were pleased to present the NABOB Broadcast Career Excellence Award to Jeanette Tyce, General Sales Manager at WHUR-FM. Jeanette is retiring after successfully leading the Sales Department at WHUR-FM for 29 years!

Nielsen provided information on some new products designed specifically for small stations – regardless of whether those stations are Nielsen subscribers.

At the luncheon, we were treated to a performance by award-winning gospel artist Marvin Sapp. Then we heard very inspiring words from Major General Christopher Hughes, Commanding General, U.S. Army Cadet Command. The General explained what patriotism means to a soldier, and why he is committed to making sure that the senior officer ranks of the U.S. Army are representative of the diversity of our country. For his commitment to achieving diversity in the Army, NABOB presented the General with the NABOB Service Award.

The day continued with a panel of CEOs from the African American ad agencies, including Carol H. Williams, CEO of Carol H. Williams Agency, Monique Nelson, CEO of Uniworld Group, McGhee Williams-Osee, Co-CEO of Burrell Communications, and Bob McNeil, CEO of Grow Now.  We heard a special presentation from the Hearts and Science agency, and a panel discussion with representatives of major advertisers, including, AARP, Toyota, the U.S. Army and TV One.

At our Closing Reception, DeDe McGuire introduced Bishop Hezekiah Walker and his choir, who performed several numbers that “took us to church!” We then presented the NABOB Journalist of the Year Award to April Ryan, White House Correspondent and Washington Bureau Chief for American Urban Radio

And, as always, we could not have done it without our Sponsors to whom we extend a sincere, “THANK YOU!” 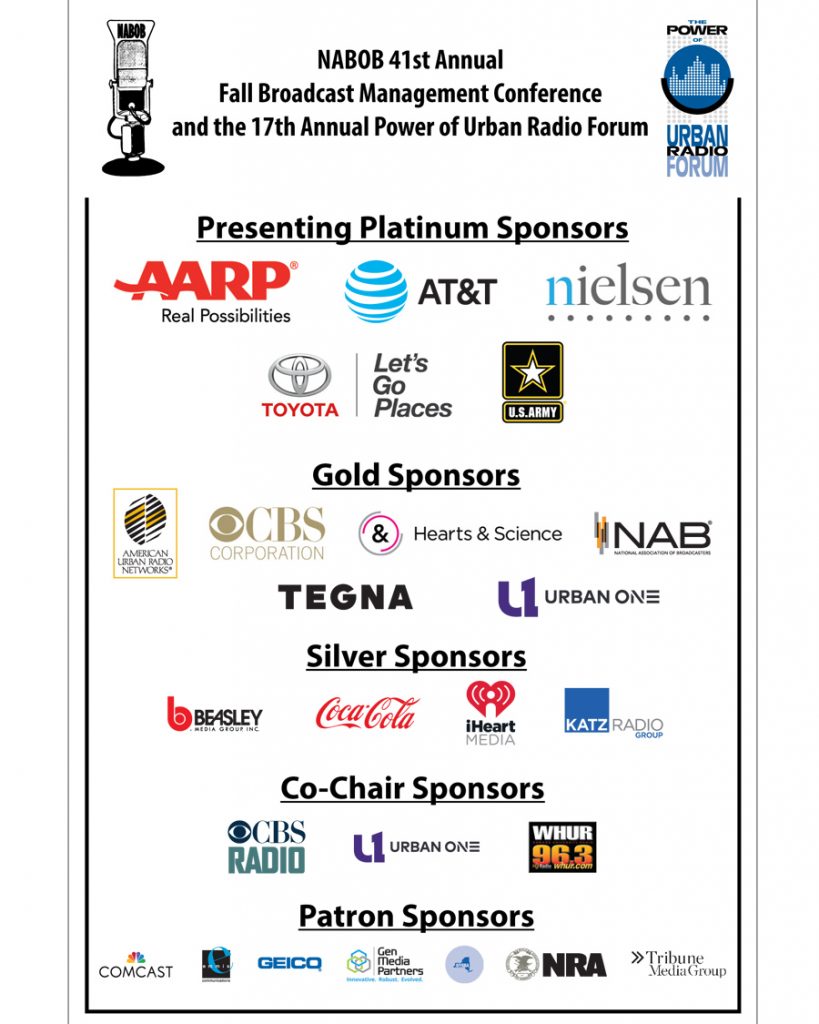 Recent Articles
FROM OUR GALLERY